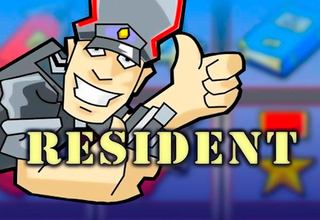 Slot machine Resident from the provider Igrosoft you can play in demo mode, completely free. The game was released in 2009. The Resident slot has the following characteristics: 5 rotating drums, 9 paylines, game volatility not known. There are bonus games, free spins available there is a symbol Wild, no symbol Scatter and there is a multiplier. You can play the Resident slot machine in automatic mode, no mode "Fast spin". The maximum winning in the slot is x5000 the player's bet.