One way to bring something new to gambling is to introduce a characteristic taken from one class or type of game into another. Two roulette variants developed by IGT follow this method.

Nowadays, it is difficult to imagine virtual slot machines without free spins. As soon as a certain combination of symbols appears on the reels, players are given a certain number of free spins. During these spins, the amounts deposited as bets are not deducted from the player's balance. Nevertheless, the winnings obtained during such spins are credited to the player's account. Double Bonus Spin Roulette incorporates the concept of a free spin. In addition to the 38 numbered slots, including 0 and 00, the wheel has a yellow slot. If, during any spin, a ball falls into this cell, bets are accepted and the player is entitled to a free double bonus spin. The amount of bets is not deducted from the player's balance. In Double Bonus Spin Roulette, two blue lights appear on the wheel. When this spin is activated, the blue lights circle independently of each other along the wheel, eventually stopping near the number. If this number is covered by the bet, the player receives a win, which is immediately credited to his account. Since the two blue lights are spinning independently, they both can win. In Double Bonus Spin, if one of the blue lights or both lights stop on a yellow cell, a bonus win occurs. Another attractive aspect of this roulette variant is the ability to place a bet on a yellow cell, just like on any other number. Thus, if the ball hits the yellow space covered by the bet, the player receives a standard win in addition to the double bonus spin. The yellow cell is one and a half times wider than normal cells, so the chances of catching the ball and blue lights are very high.

The second variant of the hybrid roulette includes a characteristic borrowed from video poker. In four card video poker, the player must bet four times. The four cards are then individually considered and matched against the paytable. In 3 Wheel Roulette, three concentric roulette wheels spin simultaneously but independently of each other. Common bets are placed on all three wheels. This is a triple wager. A common cell is allocated for all three bets. The ball first falls into the cell and then the three wheels stop one after the other. Three numbers referring to cells are named. Bets matching any of these numbers will win. 3 Wheel Roulette allows players to bet on three spins in a single spin. This not only shortens the playing time, but also increases the excitement. The emotional mood while playing 3 Wheel Roulette is also enhanced by the Color Up bonus bet. Depending on the different combinations of the drawn numbers, players receive a bonus payout, provided that they have made a bonus bet. The maximum payout is possible when all three drawn numbers are 0. This win is 1000 to 1. 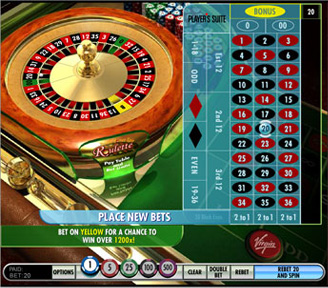 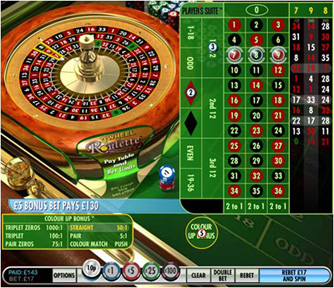 Any self-respecting casino has in its arsenal not only cheating "tricks", but also trouble-free techniques that affect the psychology of players […]