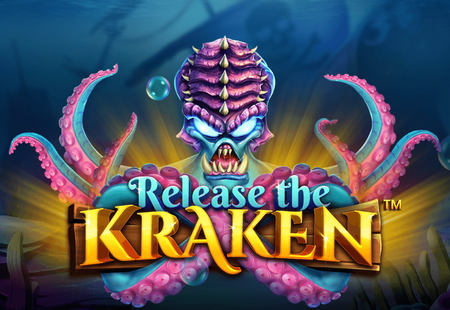 Online Casinos in coun_UNKNOWN where you can play Release the Kraken

The Release the Kraken slot was released by Pragmatic Play in January 2020. Gamblers are invited to make an exciting journey into the heart of the ocean in order to try to get the treasures hidden by the sea monster at depth.

The slot has five reels and twenty constantly active paylines. Pictures are located on the playing field in a 5x4 scheme.

You can bet from one cent to five euros per line, up to one hundred euros is accepted per spin. The coefficients are presented in the range from x5 to x500. There is no doubling game. The theoretical payback rate is 96.5%.

There are nine main symbols in the game: 5 basic (an anchor with the logo of the game, a sharp-toothed shark, 2 bright fish and a funny turtle) and 4 additional (card denominations). The special icons are as follows:

At first glance, it seems that the Kraken is a dangerous character, but in fact it is he who promises the maximum winnings and, according to the plot, saves the player from the wrecked ship. The sea dweller has been collecting gold, precious stones and other treasures on the seabed for a long time and persistently, and he is ready to share them with everyone!

The slot is decorated in a very colorful and unusual way - the game screen is located against the background of a sunken ship, surrounded by bright corals, algae and other plants. Air bubbles rise upward, splashes are visible. The Kraken that appears periodically on the screen makes an indelible impression, and the music periodically changes from cheerful to disturbing, which gives the game even more atmosphere.

The first bonus game is called "Sunken Treasure". Here you need to open one of three chests, in each of which the Kraken hides a prize.

There are also three types of additional bonuses associated with the Wild symbol:

The round with free spins is also very interesting. They pass along forty active + lines with an increasing multiplier. All Wild symbols remain on the field, but constantly change their position on the screen.

The Release the Kraken slot machine, despite its popular underwater theme, is different from many others. It stands out, first of all, for a huge number of bonuses, stunning animation and truly addicting gameplay.

King of the Trident Deluxe

Release the Kraken Reviews By Players