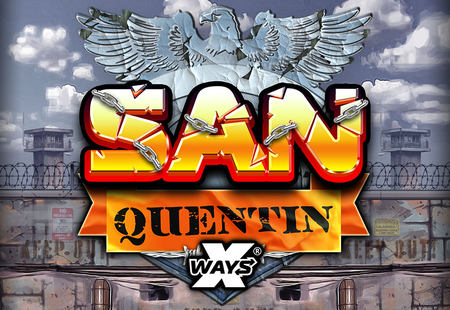 Online Casinos in coun_UNKNOWN where you can play San Quentin xWays

The gaming provider Nolimit City has presented a slot about one of the oldest and most brutal prisons in the state of California. San Quentin xWays is a slot machine with an original plot, extraordinary gameplay features, and generous bonuses.

The virtual machine is equipped with a standard playing field with five reels and three rows. But instead of the usual lines, the ways of forming combinations are used. Consecutive chains of matching symbols line up and bring payouts in 243 ways. But this is not the limit. In theory, it is possible to increase the number of ways to receive payments to 13 189 257 215.

Additional features can be purchased. There are three options for activating the bonus level in the special store. Free spins also start independently in the main game. The default return percentage is 96.03%, but may vary in some casinos. The main feature of the slot from Nolimite City is dizzying multipliers. Payouts can be increased with a multiplier of x512.

The slot uses a prison theme and hardcore style. The player travels through a maximum security prison containing ruthless killers. In the company of Muscular Dick, Henry III, Crazy Joe Labrador, Loco Lewis and other colorful criminals, you will have to uncover secrets to get to the bonus level and get the jackpot.

The game starts with the formation of simple combinations. Symbols line up three, four, five in one chain. Payouts are awarded for matching images. Pictures should appear not only sequentially, but also from left to right. There are two groups of icons on the reels. The younger ones - paper, handcuffs, a screwdriver, a lighter, soap, the older ones - five maniacs.

A tense atmosphere is created with background music, sounds that accompany the gameplay, and animation. The drums are located in the courtyard of the prison, surrounded by barbed wire and poles hung with CCTV cameras. Above and below the cages are criminals.

The dollar button allows you to place a bet. Accepted for a spin from 0.20 to 32 coins. The maximum winnings of 150,000 are higher than the initial bet. You can hit the jackpot in bonus levels and thanks to additional functions.

There are special cells under and above the reels, in which only pictures with large coefficients (criminals) and special symbols drop out. Logo - Wild. Joker cannot replace only bonus and special icons. Wild symbols Jumping Wilds are endowed with multipliers. The minimum multiplier in the game is x2, the maximum is x512.

Another Wild appears on the field. The Bonus symbol turns into Joker. There is also Split Wild. This Joker can split ordinary pictures. The Razor symbol has the same function. xWays is modifiable, divisible by four.

San Quentin xWays is a slot machine with brutal characters, an original theme and plot, and bonus features. Play online casino, hit a huge jackpot for a spin.

Fire in the Hole xBomb