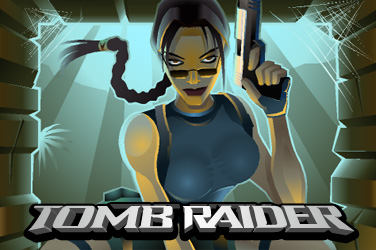 Online Casinos in coun_UNKNOWN where you can play Tomb Raider

Slot machine Tomb Raider from the provider Microgaming you can play in demo mode, completely free. The game was released in 2004. The Tomb Raider slot has the following characteristics: return percentage 96.5%, 5 rotating drums, 15 paylines, game volatility low/mid. There are bonus games, free spins available there is a symbol Wild, there is a symbol Scatter and there is a multiplier. You can play the Tomb Raider slot machine in automatic mode, there is a mode "Fast spin". The size of the bet ranges from 0.15 to 150 $, €, £. The maximum winning in the slot is x500 the player's bet.

The cult computer game, which became the plot of the famous action movie and its sequels, was also used to create a slot machine. Tomb Raider is a typical Microgaming machine for 15 lines with free spins and one more bonus stages. The slot in the footsteps of the action movie appeared for the first time in 2004. Its popularity was the reason for the release of the next slot machine.

The device about Lara Croft has 5 reels with three symbols each. Payouts are formed on lines for the same symbols, which must be in a row. The reward is given by a combination of at least 3 illustrations. There is a bonus picture - a statue of an ancient civilization made of pure gold. The main character plays the role of the Scatter. The appearance of two or more Scatters on the screen brings from 2 to 400 total bets of profit. The game emblem serves as the wild. A line of 5 logos will bring the gambler x500.

The young tomb raider, who inherited the inheritance of the famous archaeologist father, constantly goes on dangerous journeys. It literally breaks out into ancient temples, pyramids, tombs and dungeons, where valuable artifacts are hidden. Lara is ready for any difficulties, including battles with predators. The most valuable artifact she can find in the game is the golden statue. It starts an extra step.

A video game slot is definitely different from a game. Especially when compared to the latest Tomb Raider releases since 2018. It's very simple, the graphics are outdated. However, 15 years ago, it was these slot machines that aroused particular interest among players. The animation effects here are very simple, and the symbols are episodes of a famous story and simple symbols of the cards of the game deck.

The launch of a special stage, where the player wins prizes at random, is possible when the statuettes appear. They must be placed on the active line. The minimum number is three.

If there are three portraits of the heroine on the screen, free spins start. 10 free spins are given. Winnings are calculated at the rate at which the stage was started. All rewards are automatically multiplied by x3.

The device will especially appeal to those who are fans of games or films about Lara the Plunderer. The return on the slot is 95.22%. It is perfect for beginners looking to experiment with betting. Machine volatility is rated as low to medium. Thus, you can count on frequent wins and there is no particular risk of losing a large amount quickly.

Charlie Chance in Hell to Pay

Alice Cooper and the Tome of Madness

Yes, you are in the right place in Tomb Raider you can play without registration in demo mode. In addition studio Microgaming provides free access to demo games on any site.
Yes, the game Tomb Raider is optimized for mobile devices, you can play on any mobile device.
RTP is a parameter that characterizes the percentage of payout of the game. For Tomb Raider it is 96.5%, it means that in the long run the game will get 3.5% of all player's bets.
Slots volatility - This is the amplitude of winnings fluctuations. Slots with a high volatility index allow large winnings, but rarely. Slots with low volatility give players small winnings, but often. Slot Tomb Raider has volatility Low/Mid