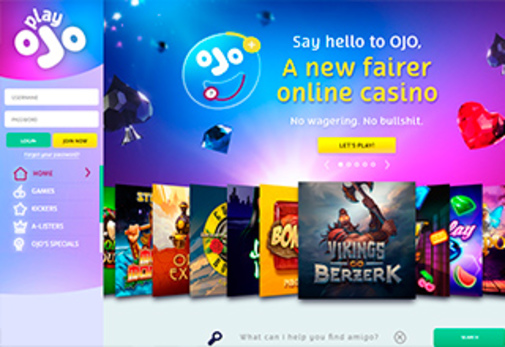 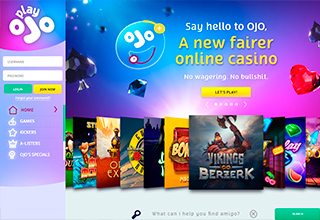 The online casino was launched by PlayOJO . The target audience is limited to Swedish gambling fans. The site attracts ordinary people with the principle of transparency - “you get what you see”.

PlayOJO, which launched a virtual casino, has developed a program to attract a Swedish audience. The management considers free spins to be the most creative measure. The latter are offered to newbies making their first deposit. The next stage of attraction is the loyalty program called by the developers OJOplus. Here the clientele is offered a cashback covering the entire range of bets.

Commenting on the multi-million dollar pre-launch advertisement, the PlayOJO management said: the past year was characterized by a 20 percent decrease in the attendance of virtual gambling sites. The analysis of the situation showed that the key reason for the decline is the loss of trust. Players are repelled by the confusion of conditions, advance bonuses, burdened with excessive wagering requirements.

Developing the concept of the Swedish site, PlayOJO took into account the mistakes of colleagues, giving priority to the preferences of fans of gambling. The company has worked out the principal points of the novelty on the Danish market. The research has shown that the audience is attracted by clear approaches - the expectations of the players are visualized, the result does not contradict the declared conditions. The launched gambling platform is based on a trusting environment, the company's management emphasizes.

It should be clarified that PlayOJO is a brand. The owner is hidden behind the colorful sign - SkillOnNet , which developed the concept. The Swedish virtual casino project was announced a year ago.

Debut of Habanero in online casinos in Romania

Habanero makes its debut at the online casino in Romania. […]

Online casinos are starting to offer a new product - the Dr Winmore slot. […]

Holland Casino is getting ready to master the online platform. […]