2018 will bring explosive development to the Yantarnaya gambling zone 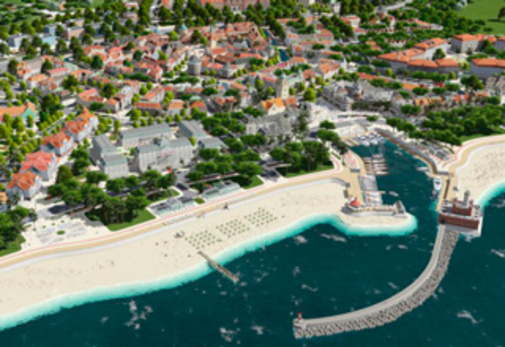 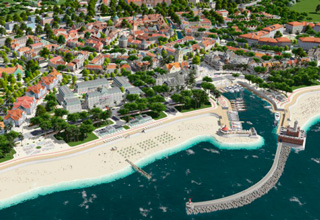 The gambling market expects an explosive development of the Kaliningrad zone "Yantarnaya" - experts predicting a breakthrough base their conclusion on the activity of investors and the regional administration.

The protracted start of Yantarnaya will be spurred on by Chinese investors, experts say. A year ago, China Business Center launched a negotiation campaign. The subject of interest is the construction of a casino within the cluster. Along the way, the CDC is working on tourist routes. It is planned to link Kaliningrad with Beijing. The second direction promising the traffic of fans of gambling is "Kaliningrad - Shanghai".

The Kaliningrad authorities are also preparing to "accept" Chinese gambling and travel companies. Experts remind that last December the regional government announced plans to expand the Raushen tourist sector - the development of the zone involves the integration of Yantarnaya. 2020, the authorities are expecting, will be marked by the full-fledged operation of the gambling cluster. An annual 5 million tourist traffic is planned.

Today, 15,000 people visit Yantarnaya every month. The first object launched by Neveland the year before last was a two-story building for 150 Magic Crystal machines. Commenting on the situation, Neveland's management told reporters: $ 115 million was invested, they intend to expand the business, bringing the number of machines to 500.

The second launched facility is the Sobranie Casino. The gambling establishment is owned by the Uni Gaming Company. The investor has installed 350 machines and 14 gambling tables. A poker club was launched last June. The company intends to expand Sobranie by adding a second floor.

A new slot launched by Pragmatic Play is all about the jungle. […]

Thunderkick with Pariplay is a great tandem

On June 28, Ocean Resort Casino will open its doors

It is worth recalling that Ocean Resort is not a new casino. This establishment was launched back in 2012. Then it was called Revel. […]

A British online casino supervisor has decided to cut the game. […]

Abstract - The online casino has brought a solid win for the South African player. […]