New casino in Maca - a masterpiece of modern avant-garde 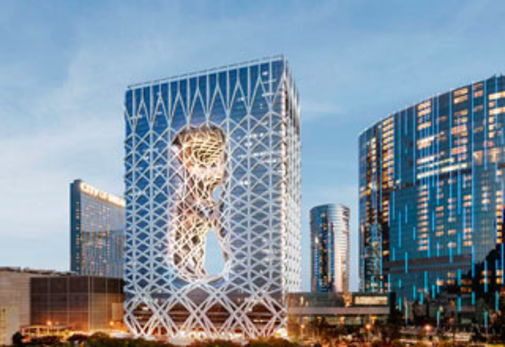 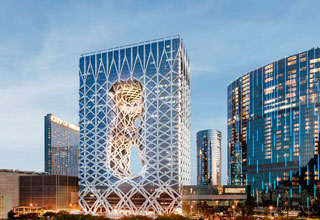 As recently as Friday, Macau officials solemnly gave the go-ahead to the newly established Morpheus Casino. Designed by Arab-Iraqi-British architect and designer Zaha Mohammad Hadid, this masterpiece features her distinctive style of work, such as futuristic curves and a steel exoskeleton. Now a 42-story building has been added to the Macau skyline and has a worth of $ 1.1 billion. The famous company Melco International with its headquarters in Hong Kong became the developer of this resort complex, named after the god of Greece. The construction of the grand casino began in 2013, and in the role of an artist and designer, Mrs. Hadid was chosen by the chairman of the company, Lawrence Ho, as the most iconic architect who can see and create something frantic and extravagant.
For players on a large scale, the upper floors were provided in advance, which are two-level mansions with equipped gym and massage rooms. Exceptional play areas are also designed here, intended only for the well-to-do and wealthy clients. The Morpheus building itself is a flagship building in Macau, and its excellent construction lacks internal columns, ensuring its exclusivity throughout Asia.
Following voluminous regulations, in recent years a huge number of super-spas have begun to emerge in Macau that are able to offer any kind of entertainment - from themed recreation to gambling establishments, and while the online gaming industry is slowly returning and even multiplying its profits, the mass market trying to be reborn. So the new casino acts as a form of PR and popularization of the tourist movement in Asia, attracting a large segment of consumers.

← Having fixed the business, Paradise invested in a $ 16 million warehouse↑ NewsPlanned ban on online gambling by the Italian government →

The online games market has been replenished with a new product from Netent - the Wilderland slot. […]

Almost 500 million were received by Primorye. […]

The first southern Cypriot casino was laid by President Nikos Anastasiades on June 8. […]

Changes in the Swedish gambling market