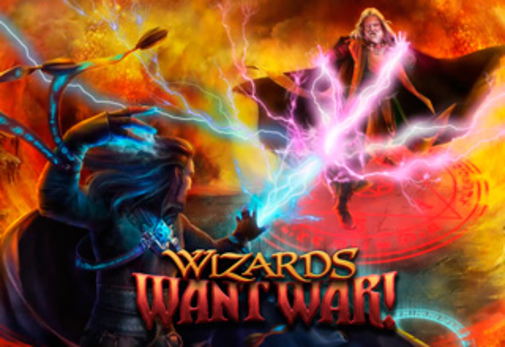 Wizards Want War is a newly developed gaming slot that has just been unveiled to the market. The developer of the slot is Habanero System BV has purposely designed the new slot for BetZest.com, which is the Curacao-licensed online resource. The newly launched video slot uses the latest state of the art software and absolutely impeccable graphics/ it features five reels and twenty-five pay lines, which makes its purely outstanding and extremely competitive on the market!

European gaming Media has published the official press release with the regards to the new video slot. This is clearly one of the most innovative and highly sophisticated gaming tools that stand second to none on the market. Its software has been designed with the view to take the chances to conjure up huge wins. It is certainly will be very attractive to customers who will use the online resource. So far, this is the only one licensed domain that will offer the video slot to players worldwide and desire to try people’s luck in it is very high!

The developer’s Head of Communications T. Karapetrov confirmed that the slot will be exceptionally friendly to mobile users/ the graphics will stay almost the same and despite modern and sophisticated software it should be run fine on almost any mobile device. Absolutely perfect 96.59 percent return to the players will be ensured as well as such ratio will definitely attract lots of people to challenge their luck on a new video slot.

The characters of the game are involved in a battle with each other amid colorful landscape and beautifully designed sceneries. A selection of scatter symbols, wilds and free spins will be offered along the way. When the players come to a stage when the deadly duel between the two characters is unlocked, the overall amount of up to six free wild coins can be collected. The video slot will display both characters on the first and fifth will simultaneously. Everyone is agreed that this is clearly one of the best video slots that are currently available.

Soon we will all be celebrating the long-awaited holiday. It’s Christmas, of course […]

A new duo has appeared on the online gambling market - two large operators of the sphere have signed a partnership agreement. […]

Blackpool announced its plans to replace the casino with the retro arcades and create a unique Arcades Club for a family venue and people after 40 years. […]