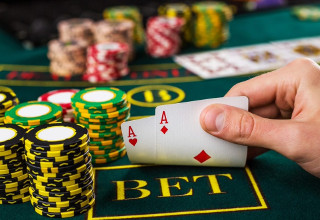 Sweden’s gambling regulator Spelinspektionen launched a campaign focused on raising awareness about the rules of gambling in the country.

The campaign will last 14 days from the end of December and end in January. On the street, as well as in print media and in digital channels, relevant advertising will be placed. The campaign’s budget is 2.5 million SEK ($265,900) and is estimated by the gambling department as insufficient, especially compared to the investments that gambling companies invest in their advertising.

Anders Sims, Spelinspektionen's manager of communication, said it’s important to tell the public what the government is doing and for what reasons. This is due to the fact that Spelinspektionen seeks to secure the market for all its customers.

This year, the Swedish gambling regulator has already taken actions aimed at counteracting several operators who have violated the law. Hillside Sports, managed by the bet365 brand, and Betsson, ATG and Spooniker, owned by the Kindred group, were on target. The claims of the regulator were related to the orientation of some market participants bets on sporting events in which the players are minors.

The initial indignation of the representatives of the regulator was caused by the fact that each of the above-mentioned operators accepted bets on football competitions, most of whose actors are minors. In the context of this violation, the regulator issued a number of fines and warnings.

Spelinspektionen also added that it is currently working on the development of rules regarding restrictions on betting lines containing matches involving underage athletes.

In June, Global Gaming was deprived of a license due to problems in doing business, including errors related to responsible gambling and anti-money laundering measures.

The following 4 pages may interest you as well: