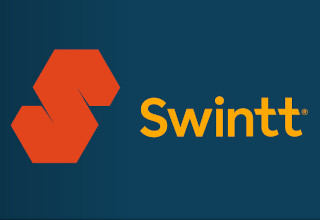 The Swintt provider is a promising young company that has already become well-known. A staff of experienced specialists allows her to release original software that is recognized by users. Swintt slot machines can be found in many European casinos. They are attracted by non-standard design and original reward system.

The company was founded in 2019. It is based in Malta and is licensed by its regulator. The firm is part of the huge Glitnor Group corporation. It is headed by David Flynn, who was previously Head of Department at Microgaming and then Director at NYX Interactive. Now more than 70 specialists work under his supervision.

The provider is a newcomer to the gaming industry, but its employees have extensive experience in this area. Many of Swintt's specialists have previously worked for such famous companies as Microgaming, Wazdan, NYX and others. Thanks to the experienced developers, Swintt slots have become very popular. The CEO of the company announced that it intends to take a leading position in the gaming industry. In the near future, it is planned to compete with the most famous manufacturers of gaming software.

The provider's software is created in HTML5 format, so you can launch slot machines through a browser on any device. He specializes in two lines of video slots - standard and premium with high winnings. Their main features include:

The target audience of the provider's software is considered to be both experienced players and beginners. In its work, the provider focuses on video slots, since it considers them a promising direction. The slot machines are distinguished by modern special effects, high-quality graphics, beautiful animation and a wide variety of themes. In the development of game functions, innovative solutions are often implemented that make the game especially interesting.

Swintt is growing rapidly, catching up in the ranking of reputable providers in the gaming industry. The company's slots are thought out to the smallest detail, and the catalog is impressive with its variety.